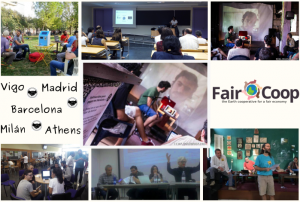 In recent months FairCoop has had the opportunity to participate in various events in different parts of Europe and we want to tell you how it’s been going.
In Spain we took part in several events and festivals:
During the week of 2 to 6 September we were present at Fair Imaxinaria in Galicia. During the fair, Faircoins could be used as a means of payment, and we also developed a workshop in which people had the opportunity to chat to one of its promoters, Enric Duran, via videoconference. During the workshop, attendees had the opportunity to get to know the project in greater depth which gave a deeper approach and further strengthened the Galician local node, one of the most active in the territory.
We also took part in the Cyberpunk Festival held from 2nd to the 4th of October in the occupied social centre L’Astilla, in Barcelona. There they had the opportunity to gather the working group in a different setting and share information with everyone who came to find out more.  We presented our new flyers which were made with the aim of making it easy to understand FairCoop. The experience resulted in the creation of a new Telegram group, “FairCoop Catalonia” for all who wish to join. It is a way of being able rapidly get the word out in order to organize and prepare events and activities in Catalonia.
We were also invited in Madrid by the Faculty of Computer Science at the UCM to participate in the conference of European Researchers’ Night, held from the 23rd to the 25th September in different European universities, a conference intended to bring the diverse developments and investigations that are currently underway in all European universities into the public view. Within this conference we took part in an event focusing on projects being developed within what we call collaborative communities, and entitled “The Revolution of the Collaborative Communities”. On this day we had the opportunity to present our project to a wide audience and then perform a “wallet party” in order to create a space where a practical view of our applications and of how easy it is to use Faircoin could be shown.
Outside Spain, we have been in Italy, participating in the Effimera Festival in Milan on the 3rd and 4th of October. This participation is another milestone in our history, as Italy is set to be the next country that is developing a local node, so our participation in this Festival gave us the opportunity to begin creating synergies with other participants and projects that allow us to consolidate the node there.
Finally (for now) we can mention our participation in the 4th Festival of Solidary Economy in Athens. After the Summer Camp, held during the summer in Heraklion (Crete), strong ties between members of the local node of FairCoop in Greece were created. The result was an agreement on the importance of connecting these initiatives to further strengthen these ties through active participation with other grassroots projects. The 4th Festival for a Solidary and Cooperative Economy, which took place during days 16-18 of October in the Plato Academy, offered space and time to FairCoop to present our philosophy, role and projects to everyone, visitors and initiatives. Also during the festival, the necessary synergy between the alternative currency Festival (FEST) and Faircoin was created, so that visitors could exchange euros and FEST with Faircoin. We also held our already famous “wallet parties” with which the participants were able to familiarize themselves with concepts like digital wallets and coins.
If you want to know where to find your closest local node, take a look at our Network: /groups/?tree
FairCoop keeps spreading from the bottom-left, especially in southern Europe. 😉 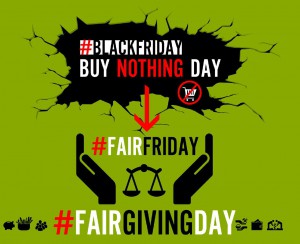 On November 27 half the world has a Black Friday. On this day the greatest orgy of consumption of the year is celebrated, promoted by a system which causes great damage to both the environment and human beings – in order to hide the great dissatisfaction we feel in our lives under a pile of bags filled with products that we do not need (and of course behind even more debt), for the greater glory and greater profits of multinational corporations.
We want to flip this whole situation around and make this a day of life, solidarity and cooperation; the day we recover our humanity through actions that reconnect us with our sense of community, with the clear objective of moving towards a society whose cornerstone is the common good. To this end we open the doors of FairCoop and the new economic system we are creating together, and turn the most important day of capitalist consumption into #FairFriday.
Read More… 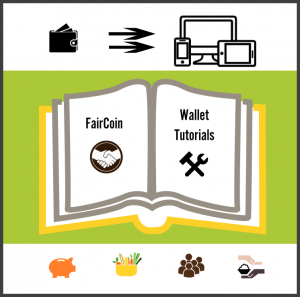 One of the main objectives of FairCoop is to provide tools that facilitate the development and expansion of a new postcapitalist economic system based on collaboration. That‘s why the FairCoop team has developed a practical guide on how to use each of these tools, available for PCs, mobile devices and even on paper.

FairCoin, one of the pillars of FairCoop economic system is the first cryptocurrency distributed in a fair way, completely secure, negotiated in the foreign exchange market, decentralized, green (does not require high energy consumption), consensual, not controlled, and encourages saving. From a practical point of view, the main feature of this electronic coin is that with it you can transfer value to other people safely, quickly and cheaply, and most importantly, without relying on governmental or financial powers.
To start using FairCoins the first thing you need to do is get an electronic wallet. You have several options; you can install on your computer or your smartphone:

Neither In Nor Out – Towards a Socio-Economic Community of European Peoples. 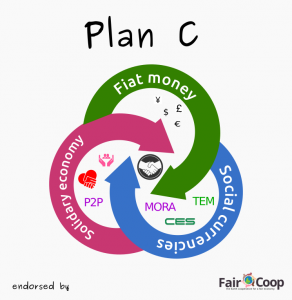 Enric Duran Interview
28/09/2015
Periódico Diagonal.
One of the pillars of the dominating troika system in the European Union is the threat that, for any country that leaves the Euro system, they will find their substitute currency devalued, thus affecting the savings of the middle classes in those counties.  Those middle classes typically being the ones who sway the vote in elections and therefore decide which political parties which are going to govern.
As we have seen in Greece it is very difficult to open up the debate, with any possibility of it becoming generally accepted, if you start from the proposal of leaving the Euro.  Experience, as the component lacking in the debate, makes it difficult to avoid the triumph of arguments based on fear.  No country has ever left the euro, and therefore it is still not possible to demonstrate with facts that it would not prejudice the quality of life for the middle and lower classes.  Clearly, there are countries within the European Union who decided at the time not to enter the Euro, but none has take the inverse decision, once inside.
This brings me to another key point.  In a society which has become used to the everyday advantages of the euro; that is, the realization of economic exchange within the greater part of Europe without the need to change currency, which always carries some cost to the consumer; it is difficult to open up the discussion over whether we would be better off with another currency if that currency is not also as European as the euro.
In this context, I feel that right from the start, there is a problem with the way we look at the issue.  This problem is the result of two combined elements.  One is the tendency we have in rational Western thinking of only looking at the options in terms of duality.  To be in the Euro or not to be in the Euro.  Shall I depend on the ECB, or not…?  The other element is a general lack of knowledge in most of the population and also amongst politicians, journalists and many economists, regarding monetary questions and questions relating to credit.  This is a significant obstacle for the economics that could bring about a possible currency that could break free from this duality.
So, as far as the matter goes, I would like to contribute to the spread of this pending imaginative idea; to voice the possibility that there might exist a Plan C.  This would be an option with the understanding that you can build a monetary system which allows peoples to generate a sovereign economy, and which would not be on condition that they separate from the Euro either.
Read more… 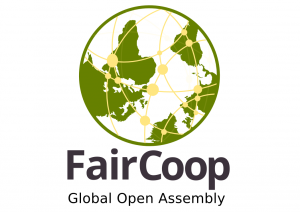 As on each penultimate Thursday of the month, last November 19 the third open FairCoop assembly was held, showing a greater attendance than previously, and in this post we are publishing a summary of the most important issues discussed there.
We started with the most important project currently underway within FairCoop: the FairMarket. At the meeting we discussed the various things, both organizational and budgetary, needed for its completion. It was agreed to hold a hackathon in which all those who want to contribute to this project can do so in a collaborative environment, to be held from 19th to 22nd December in Catalonia.
Also we discussed the new Fairnetwork geolocalization tool; with it we can know at a glance where the participants are located in the Network and thus facilitate the connection of all people involved in FairCoop, making interaction easier. Fundamentally FairCoop is a cooperative global tool developing through the internet, so its key objective is, as much as possible, to facilitate communication between all members and to create strategies for participation and involvement of both current and future members. For this reason we are holding the first meeting of the communications working group, to be held next December 10 from 18:00 CET in the Telegram group. Whoever wants to can join by contacting Maro Horta or through the FairNetwork here.
Another important point of the meeting was the decision to promote local nodes through funding them via fees that come when Getfaircoin.net is used to buy Faircoin. As you know, at the moment it is possible to buy Faircoin through getfaircoin.net with a small fee of 1% attached which goes towards sustaining the infrastructure of FairCoop, so that percentage will be used to provide a boost in funds for local nodes’ activities.
The next points discussed at the meeting were those relating to the Global South Fund and the proposed creation of a Fund for Refugees. With respect to the Global South Fund, people are beginning to present projects so we decided to start setting up some meetings to discuss how to organize and promote this fund which currently is in an embryonic state. Regarding the Refugee Fund, it was agreed to create a crowdfunding campaign with a goal of 500,000 FAIR with the aim of helping those local projects directed at helping refugees and dealing with one of the biggest humanitarian crises we are currently facing, particularly in Europe. So it was decided that a crowdfunding campaign could raise the necessary funds, along with considering the creation of a specific assembly to manage this fund.
The final proposal was the creation of a ‘Freedom Coop’; a cooperative aimed at the creation of legal tools to support economic disobedience by integral cooperatives.
These were the most important points raised in the assembly but not all of them; if you want to see in more detail what was discussed you can do so here: /docs/3th-faircoop-assembly/
We also remind you that the next open General Assembly is on Thursday January 21st at 19.00 CET in the Telegram assembly group.

This post is also available in: Spanish Catalan Greek Italian