We like to represent the Cooperative’s organization scheme as what we call Fair.Forest, a woodscape where each item is separate and distinct, yet part of a whole which gives them life, the ecosystem.

Fair.Coop is quite similar to a forest; it has trees with branches, plants and flowers, soil and nutrients, butterflies, light… Everyone seems to have their own dynamics and in a way they do, but they are interdependent, interrelated and bound to their habitat to form a composite unit.

Our forest consists of councils and working commissions which are the trunks and branches that give the forest its structure and shape.

In this metaphor, the trunks of trees and shrubs would be the council. These are responsible to use what the land and air offer and coordinate it with the necessities of the community to make decisions that are integrated into each of its parts and thus grow for the common good.

One council is formed by a group of people, between 6 and 8, democratically elected among all faircoin community through a voting system in the social network. Each year elections will be held to elect new members, thus offering everyone the opportunity to participate and cooperate in this growth. Council members are known throughout the community and in turn continually evaluated, so it is important to build trust among all participants and make sure all processes are 100% transparent and open.

In our forest there are already several councils: 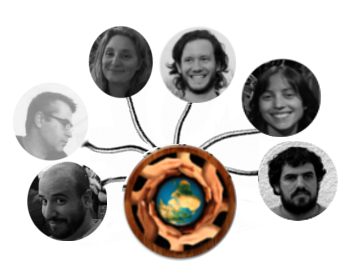 Ecosystem Council: it’s the largest forest tree, the one that gives the most oxygen so all the others can continue working on other functions. From it, several branches grow:

Fund councils: These emerge from the seeds planted in the earth and are responsible for managing the funds so that individual projects can flourish.

These initial councils are being built by the promoter group to start with an operational structure which can be subject to approval by all participants after participation is sufficient to start feedback processes.

Here you can learn who is part of the current council, and which places remain to be filled.

We encourage everyone to be part of the council, make decisions and define how we want to build fair.coop for it is something we have to do together. Being part of a council requires a commitment and a responsibility towards the community, but to build a fair world for all mankind, we all need to get involved in its creation.

Commissions, on the other hand, consist of the operational branches of the trees. Each council may have different branches according to their needs and objectives to fulfil. At first, the only council which has commissions is Ecosystem; the rest will start developing in time as required.

Unlike the council, all working commissions are open for participation, any member can join a commission and give their time to assist with various tasks according to their capacity.

Joining a commission and collaborating means on the one hand putting in your cooperative seed for common good, and on the other building your own recognition and building trust with the community. For example, if you’re new in the cooperative and you still don’t have full rights to vote, by contributing to the various tasks of the working commissions you can get this recognition and therefore confidence enough so that your voice also becomes a vote.

For this, the Fair.Network is the meeting place for all members. It has open groups for each council and commission where any community steps can be shared. Any decision, voting protocol, done or to-do chores, assemblies, everything will be captured in the Fair.Network and stay visible to any member.

Currently running working commissions are part of the ecosystemic tree and have general functions for the correct operation of fair.coop. We’ll now cite them, as well as their main tasks:

IT Commission: Responsible for all topics related to computers and communication systems. It divides into two sub-branches:

Extension Commission: Its function is to create connections and networking with other groups, collectives or movements to establish forms of mutual cooperation and extend fair.coop around the globe.

Communication Commission: To manage the entire scope of information transmission from and to fair.coop.

Node Support Commission: In charge of giving local support to all nodes so they can manage themselves and extend fair.coop node’s local scope as well as the number of faircoin nodes to help keep the system secure. It will be important to develop training programs for nodes to become centers of local reference for all projects that want to participate in fair.coop and need or want more classroom support on how to make use of the node as their connection to the world.

So there are many areas within the organizational structure of FairCoop where you can lend a hand, and also other forms of participation, explained in this other page